Europe’s first tram line across the border between France and Germany begins at this stop in front of the town hall in Kehl. 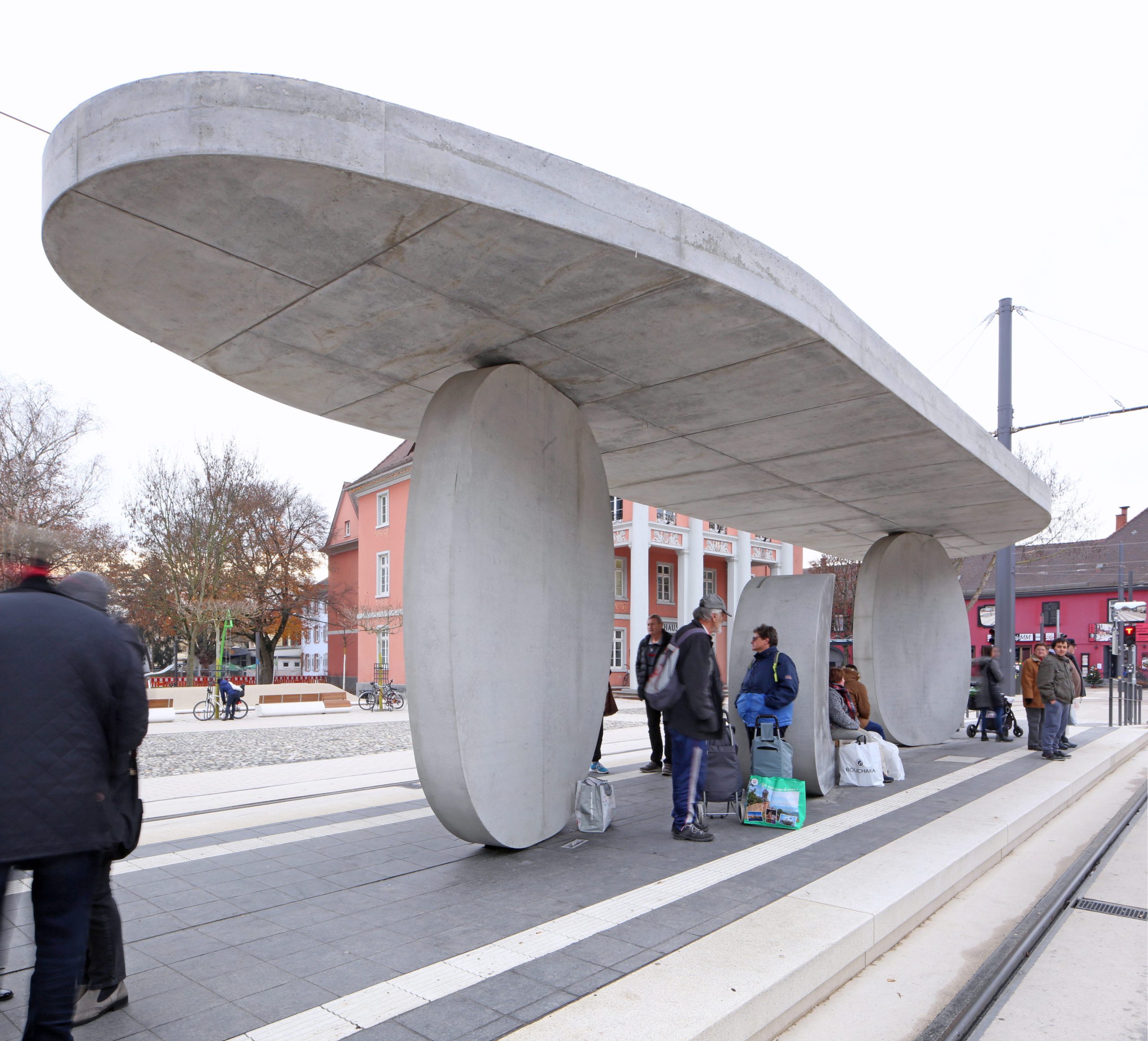 Since December 2018, the cities of Kehl and Strasbourg are now better connected than ever, now linked by a new tram line over the border across the Rhine.

Strasbourg is Europe’s capital and thus a symbol for Europe’s unity. The new public transport connection between Strasbourg in France and Kehl in Germany underscores the cohesion of these countries at the center of the European Union. On the French side, a landscape-like spatial fold designed by Zaha Hadid was created for the terminal station in 2001. At the other end of the line, at Kehl City Hall on the
German side, a stop has now been erected designed by J.MAYER.H, a composition of bright round, exposed concrete discs that condenses aspects of dynamism, balance, lability, and mobility in an infrastructural sculpture.

Both terminals are characterized by unique architecture, and everyday “minor border traffic” commutes between the two. 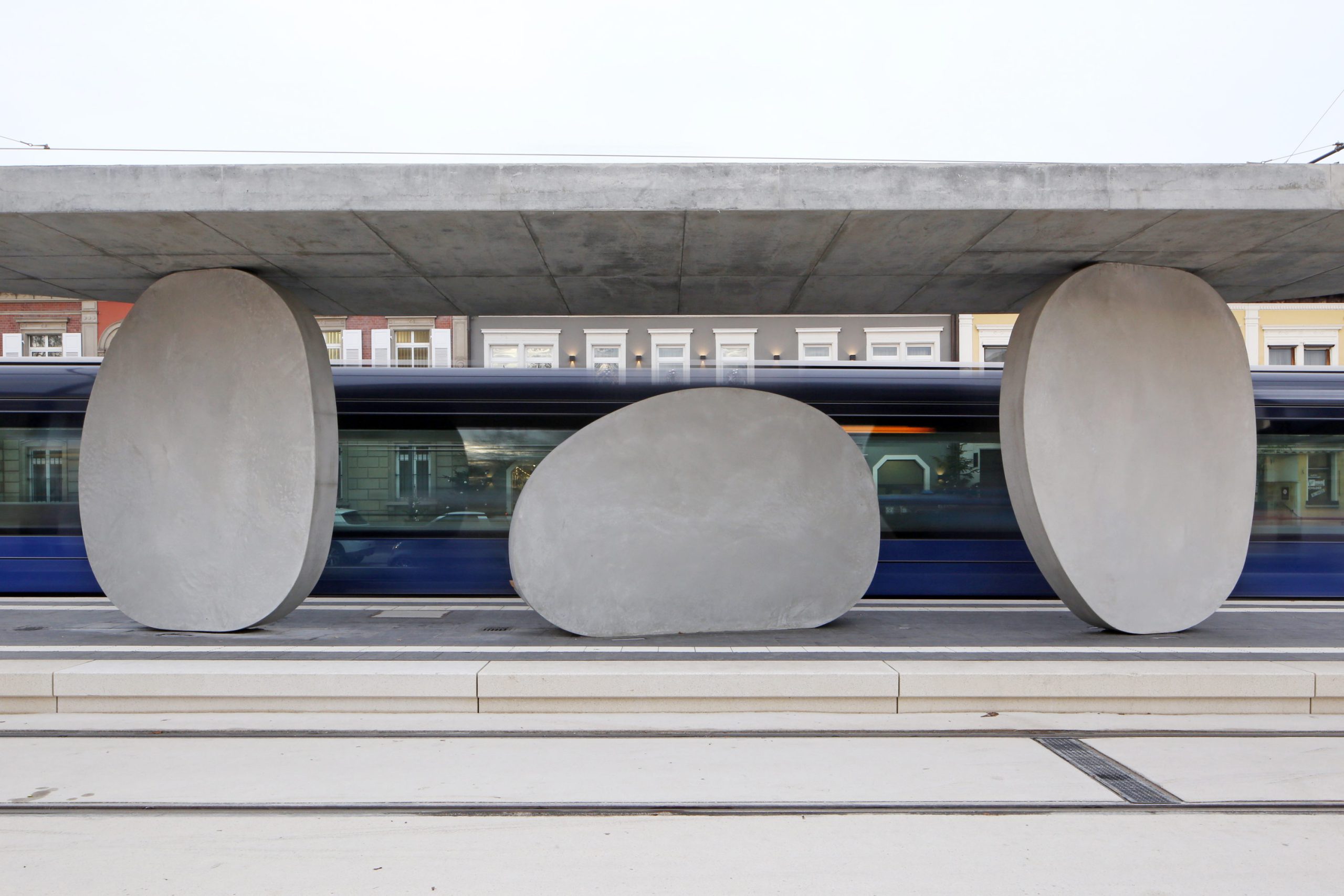 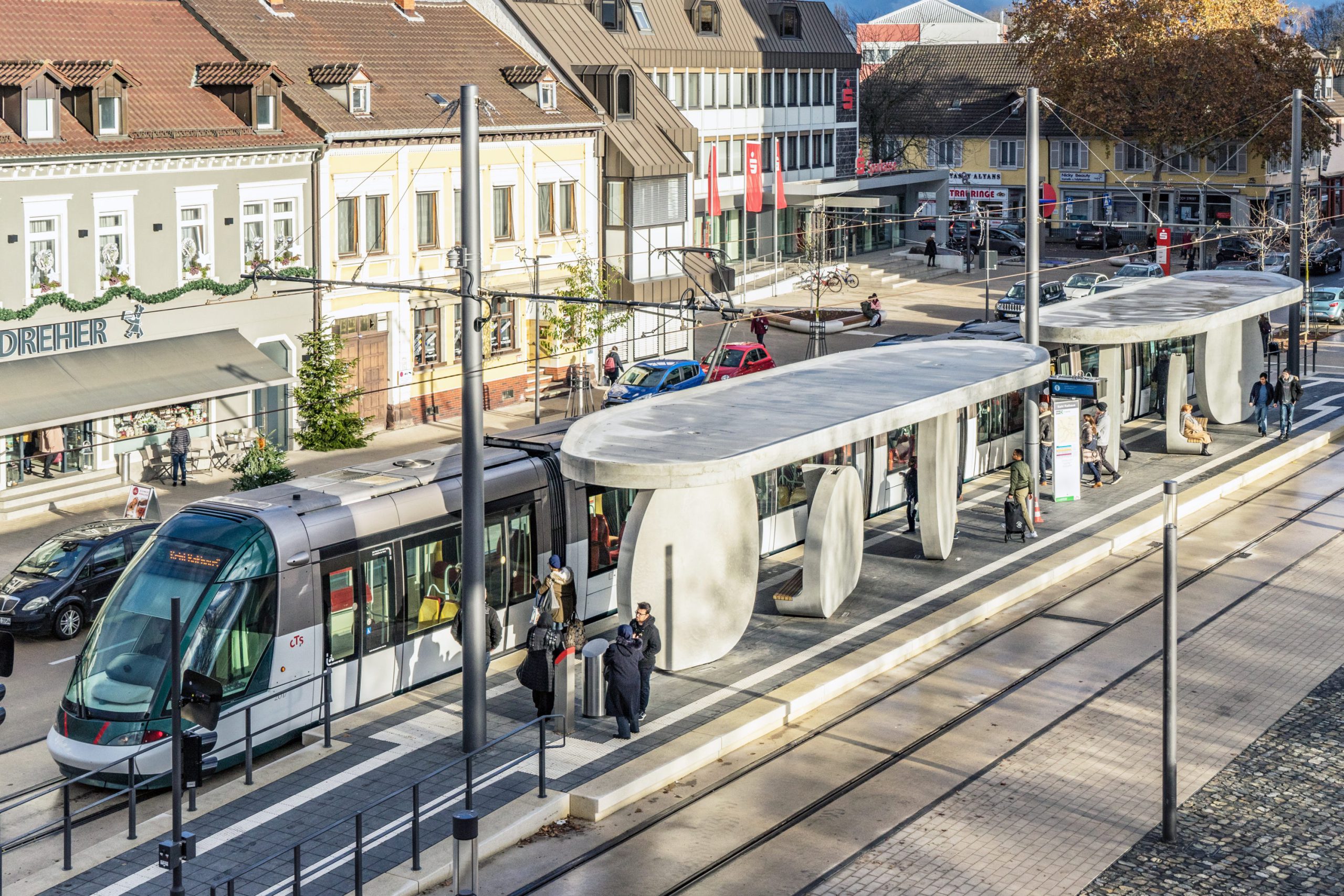 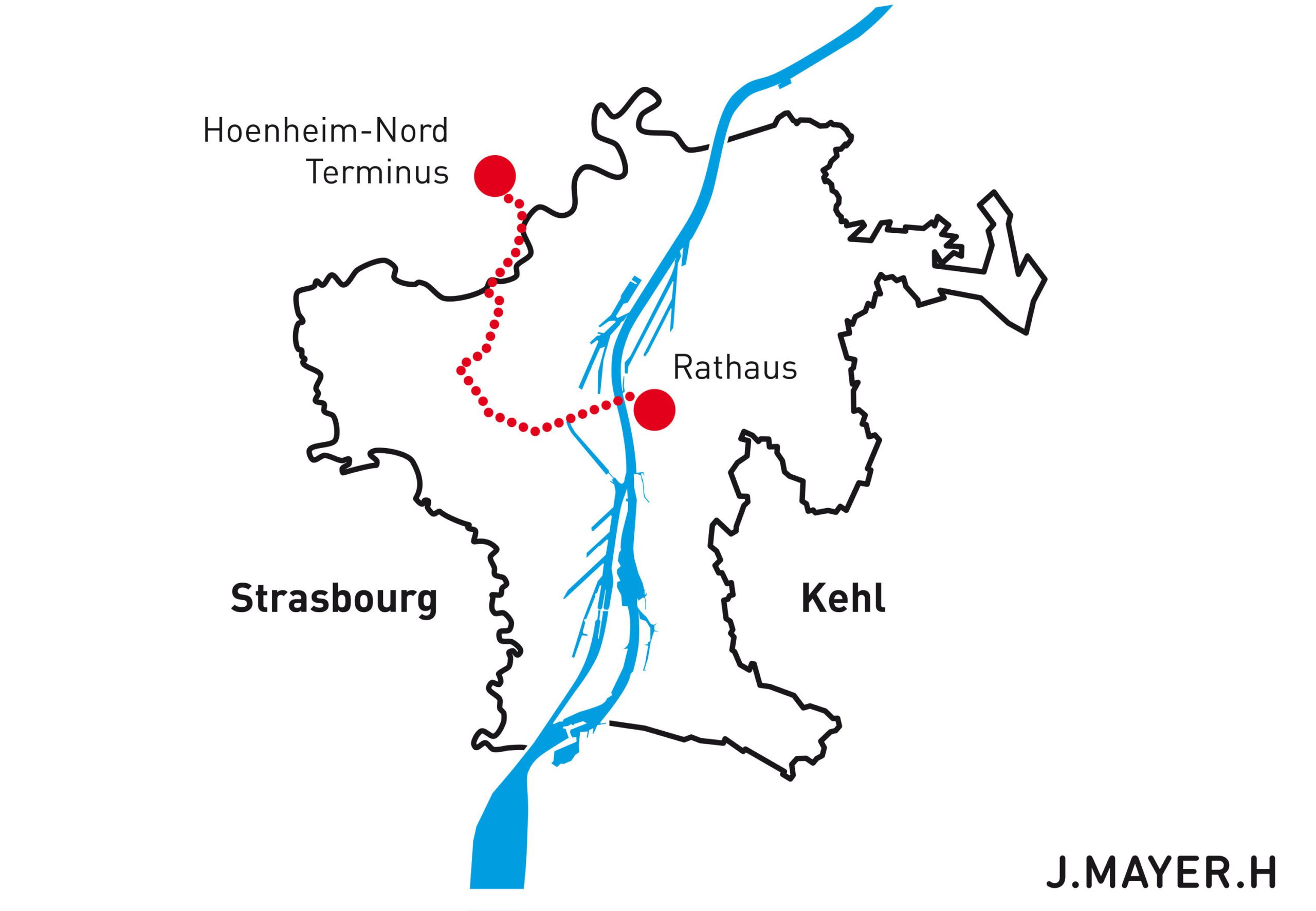 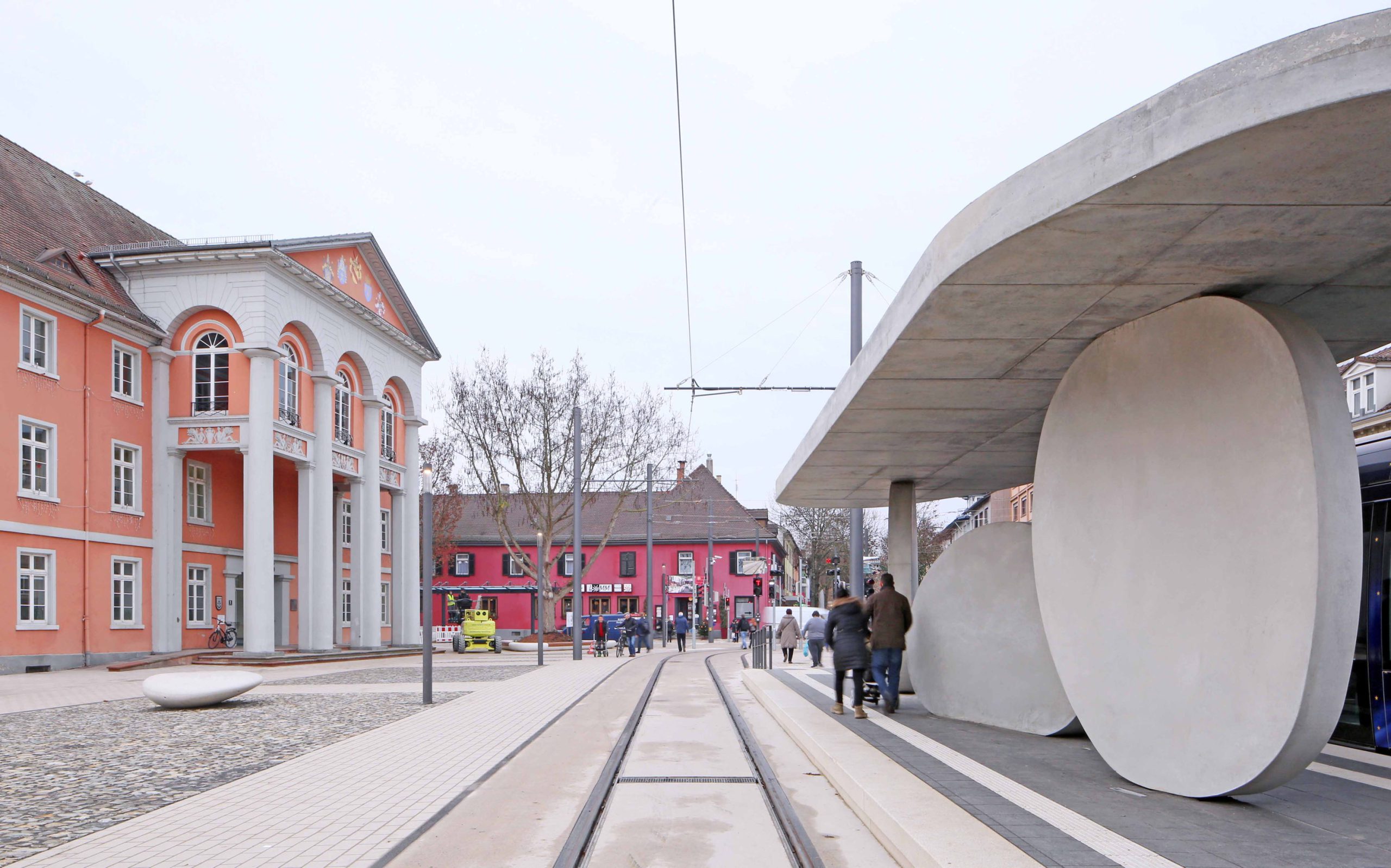 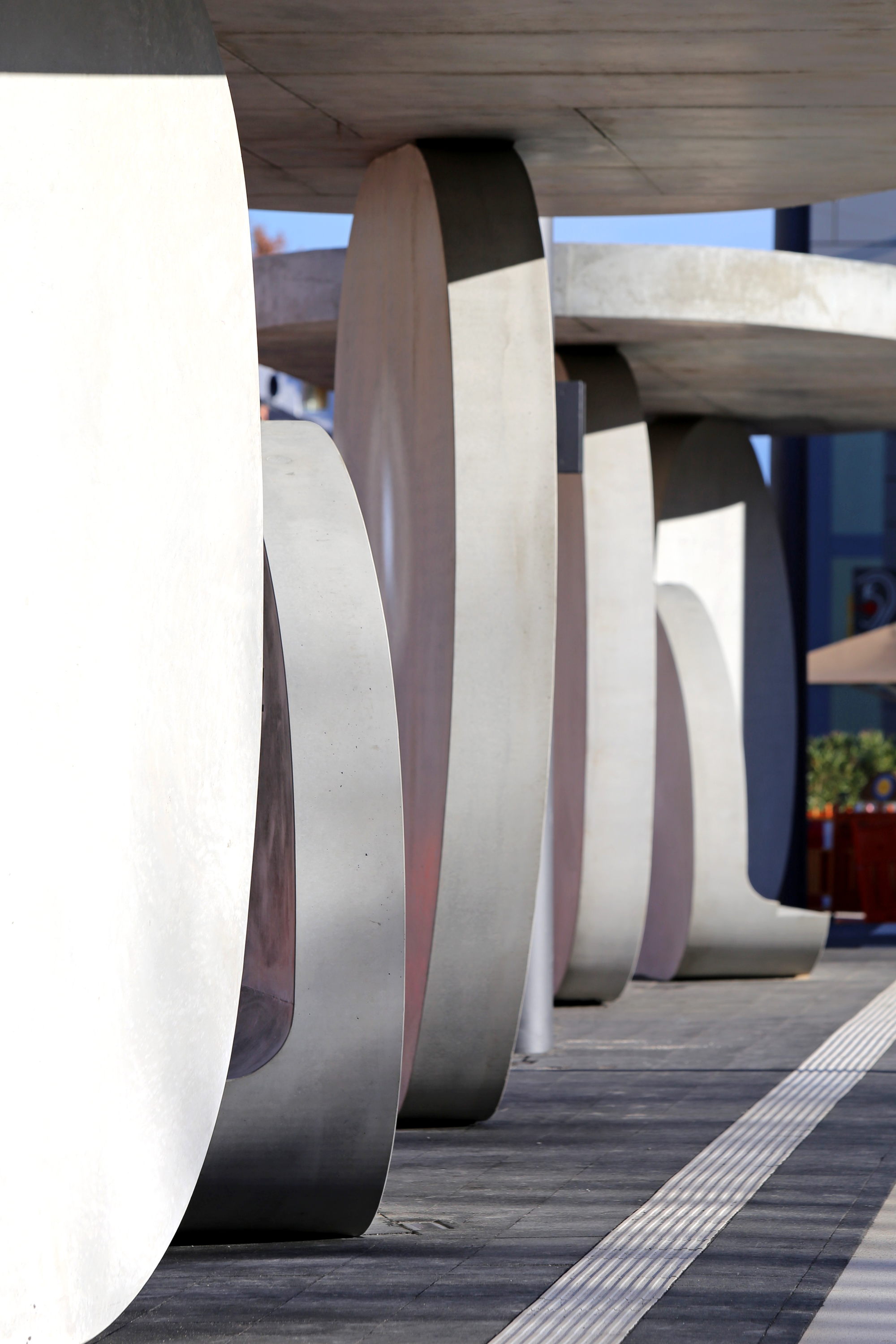 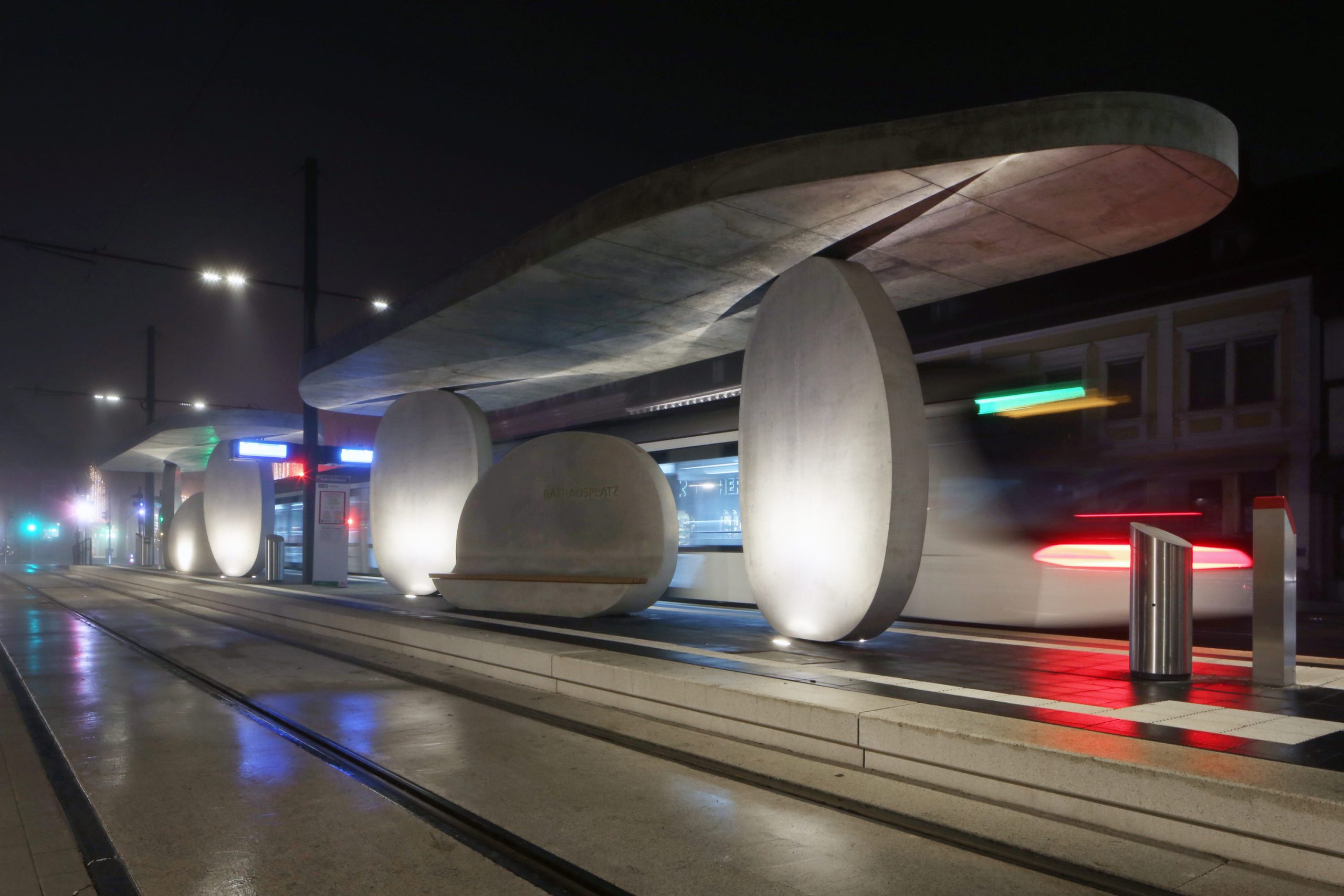 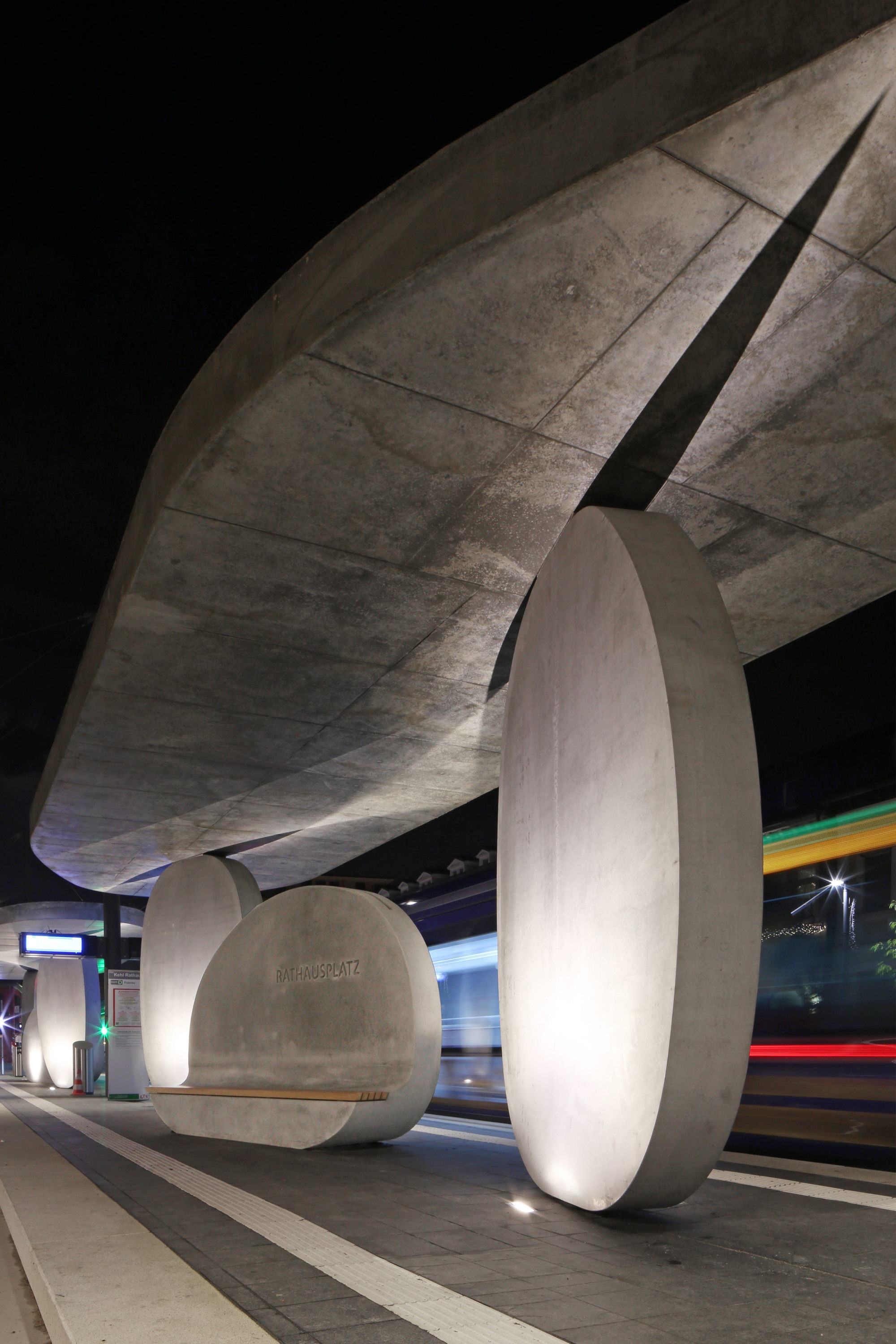 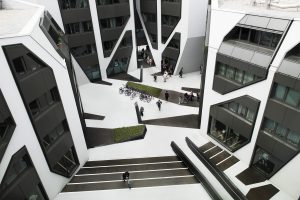 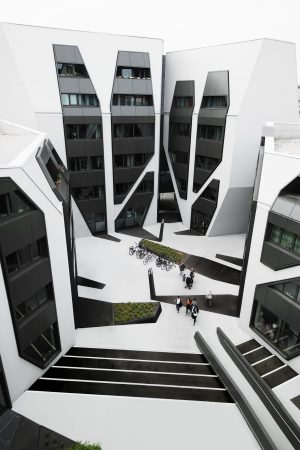 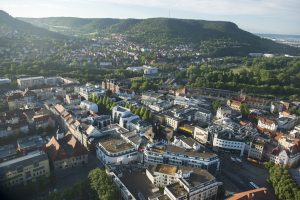 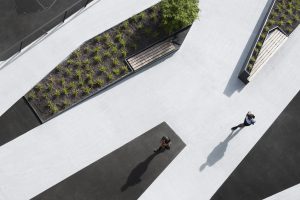 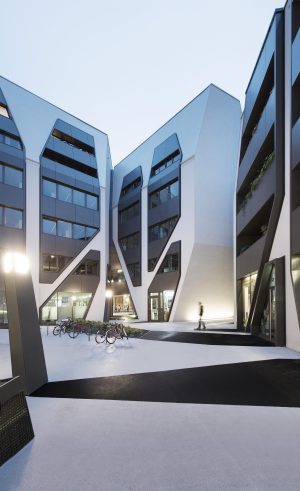 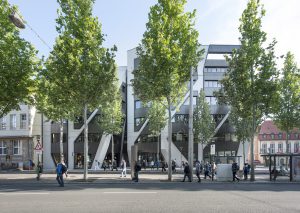 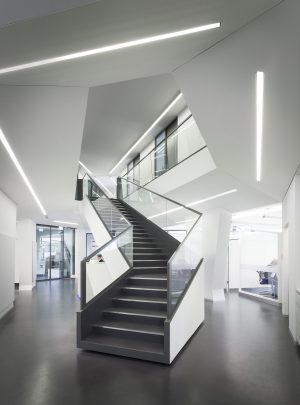