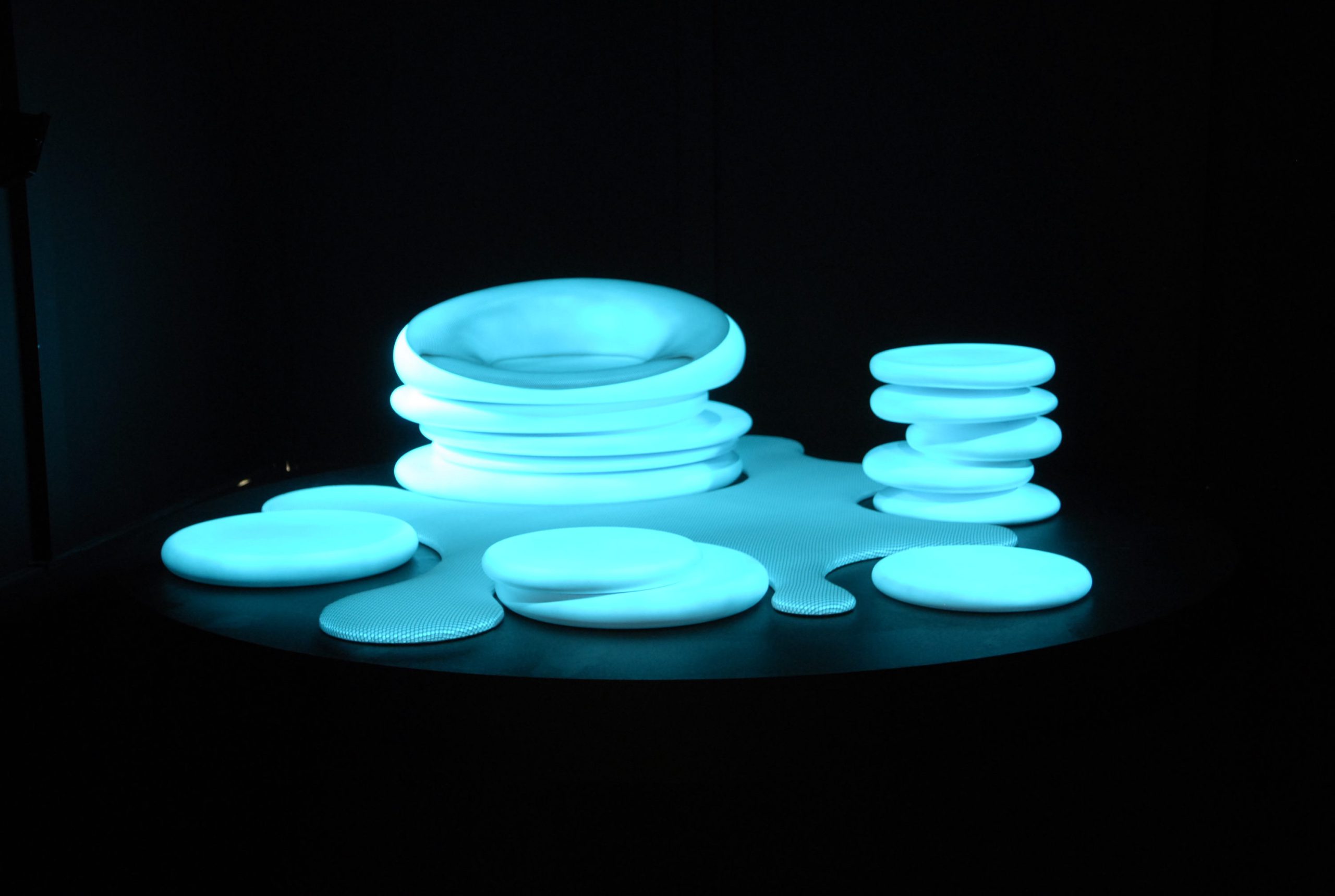 When Jürgen showed the owner of Vitra his sketches for “Lo Glo,” a story sprung to mind. He often visited Charles and Ray Eames in the United States and was occasionally asked to bring something along. A Baumkuchen is what the Eameses wanted, a tall traditional cake. Made of many delicate layers, each individually baked on a hot spinning tube, the Baumkuchen is then turned upright and carved to form an undulating profile that suggests stacked disks of uneven dimension, and finally coated in sugar or chocolate frosting. A more wobbly, edible facsimile of the Eames walnut stool, that is: seat, table, object, icon. Mrs. Eames loved the Baumkuchen so much he took photographs of it. Her pictures show the cake sliced in the traditional way, cut horizontally to reveal its inner rings, like a tree trunk that has been cut. They also show the interior void, the space that remains after the hot spinning tube has been removed. It is a sectional surprise, that hidden hole at the center, with the combined layers . . .

We might talk about the interactive or performative surfaces of J. MAYER H., and how they activate experience, including this most recent, unprecedented stage of research at the scale of furniture. And when we do, we would do well to recall how this interactivity, however physical, is also phantasmagoric, and operates firmly within the realm of the remembered, the uncanny, and the longed for. Jürgen makes things that touch back. His earlier, thermosensitive works depend on our caress; with “LoGlo” Jürgen ascribes a more autonomous inner life. These are works that hover in a quasi-subjective realm, greeting our bodies with an unmistakable stickiness. It is a pseudoscience Jürgen pursues, with none of the heaviness of neo-Organicist claims. No biomimicry here. (Henry Urbach) 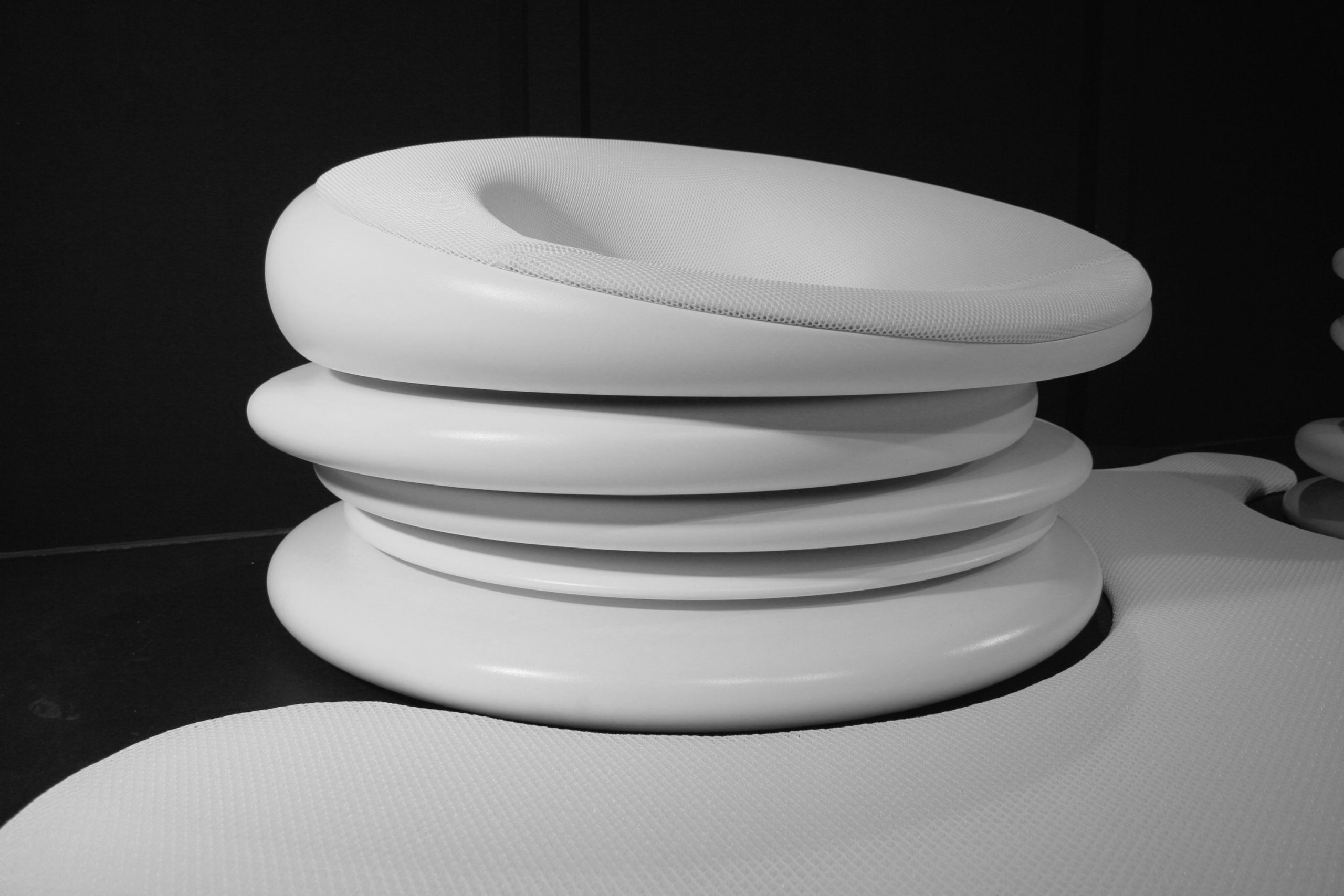 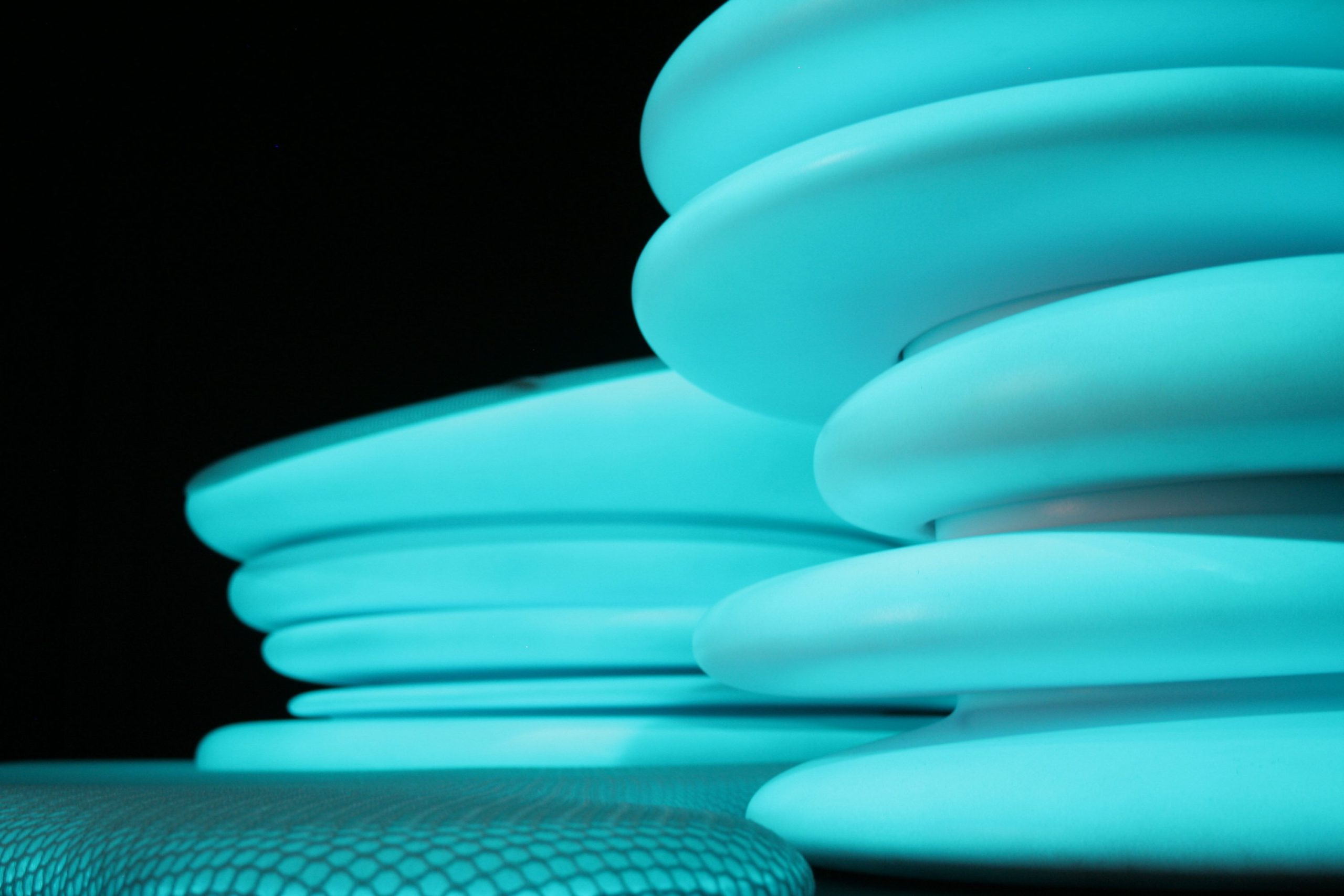 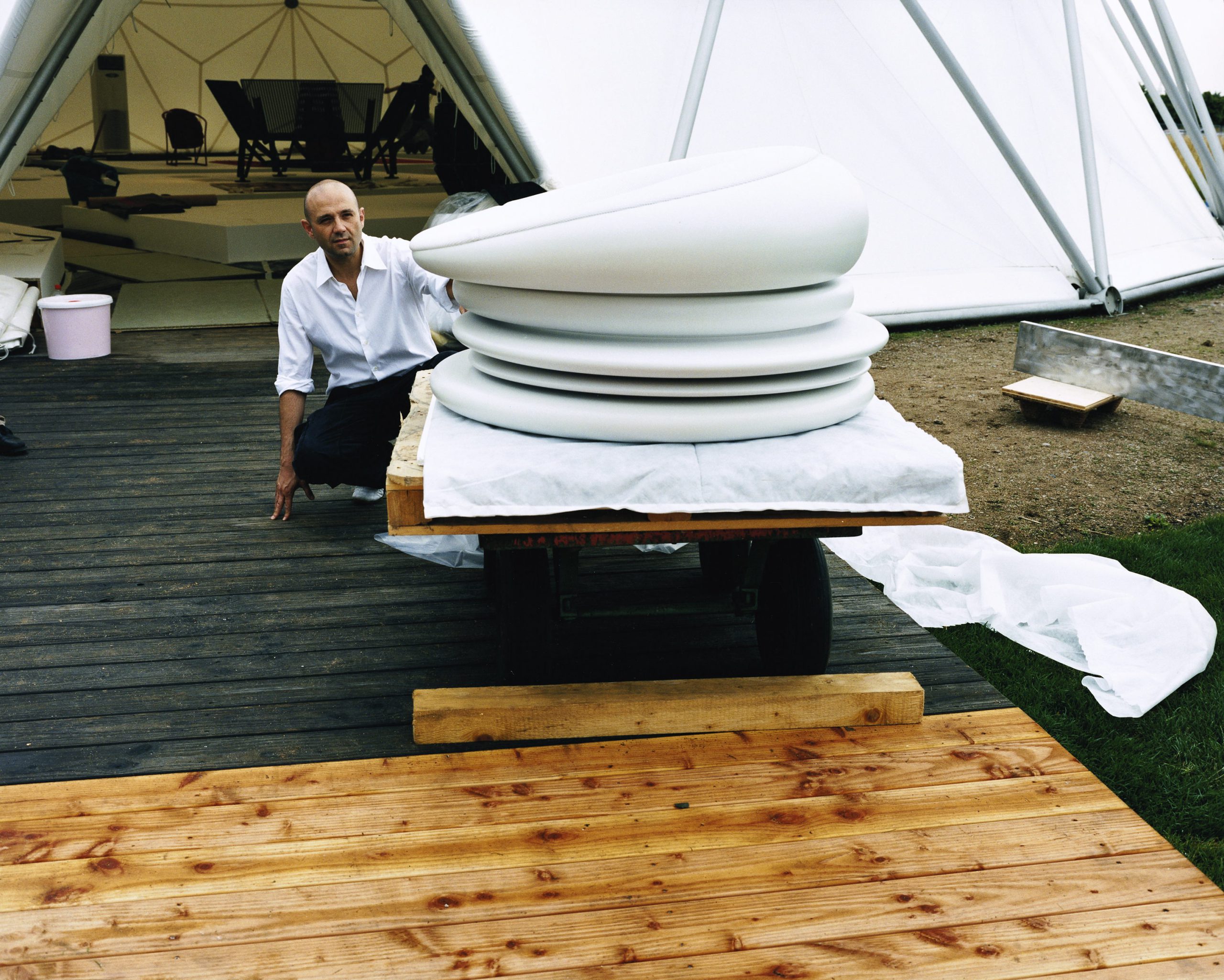 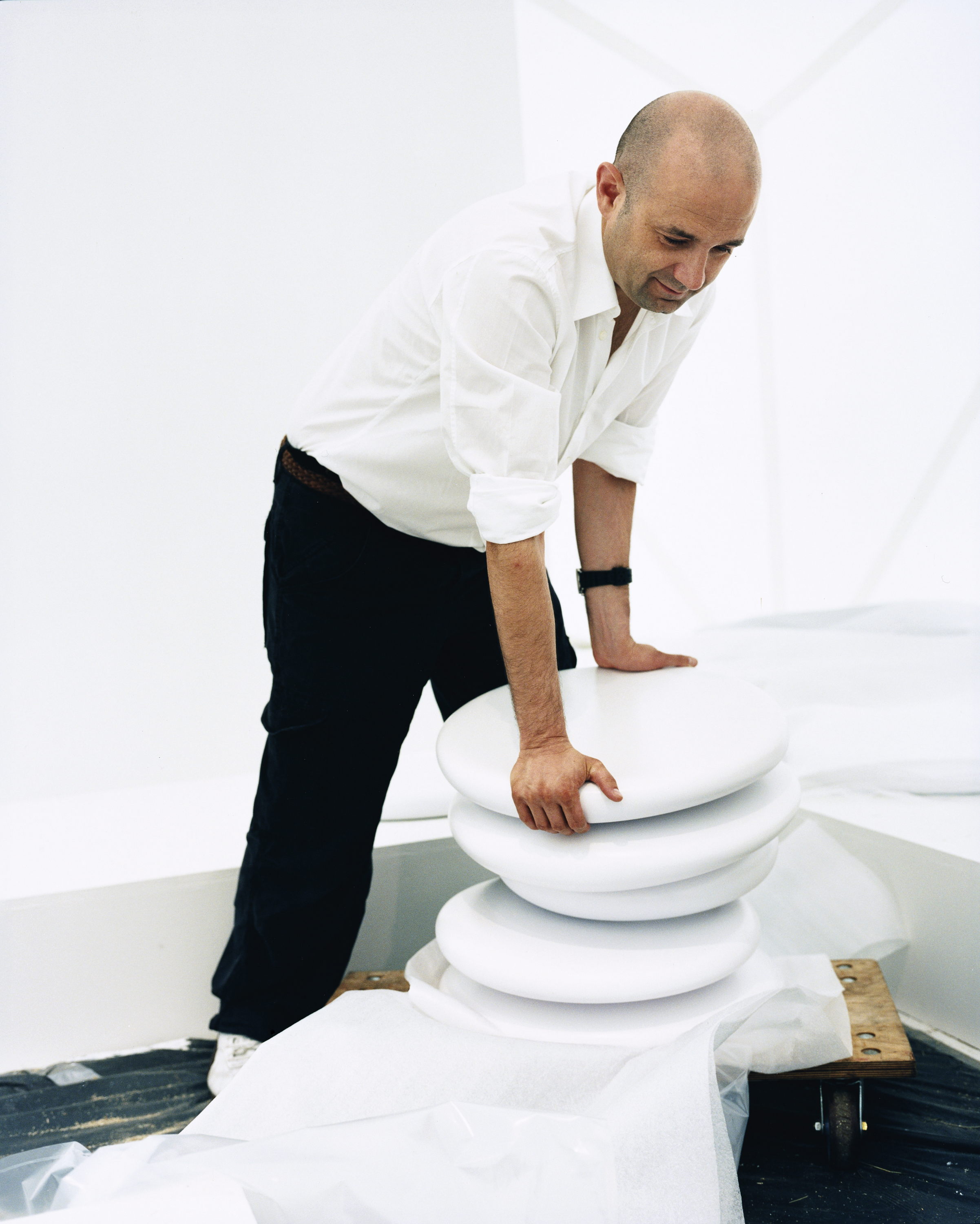 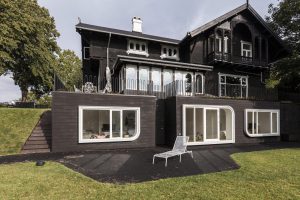 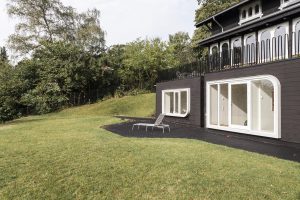 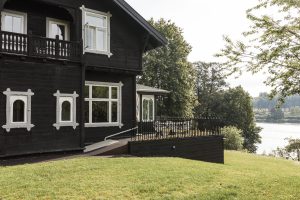 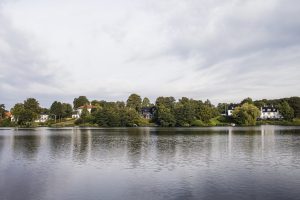 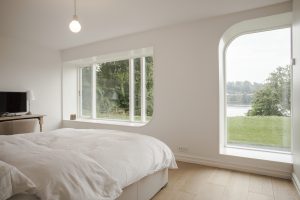