The temporary mark shows the changing temperatures across the human body. 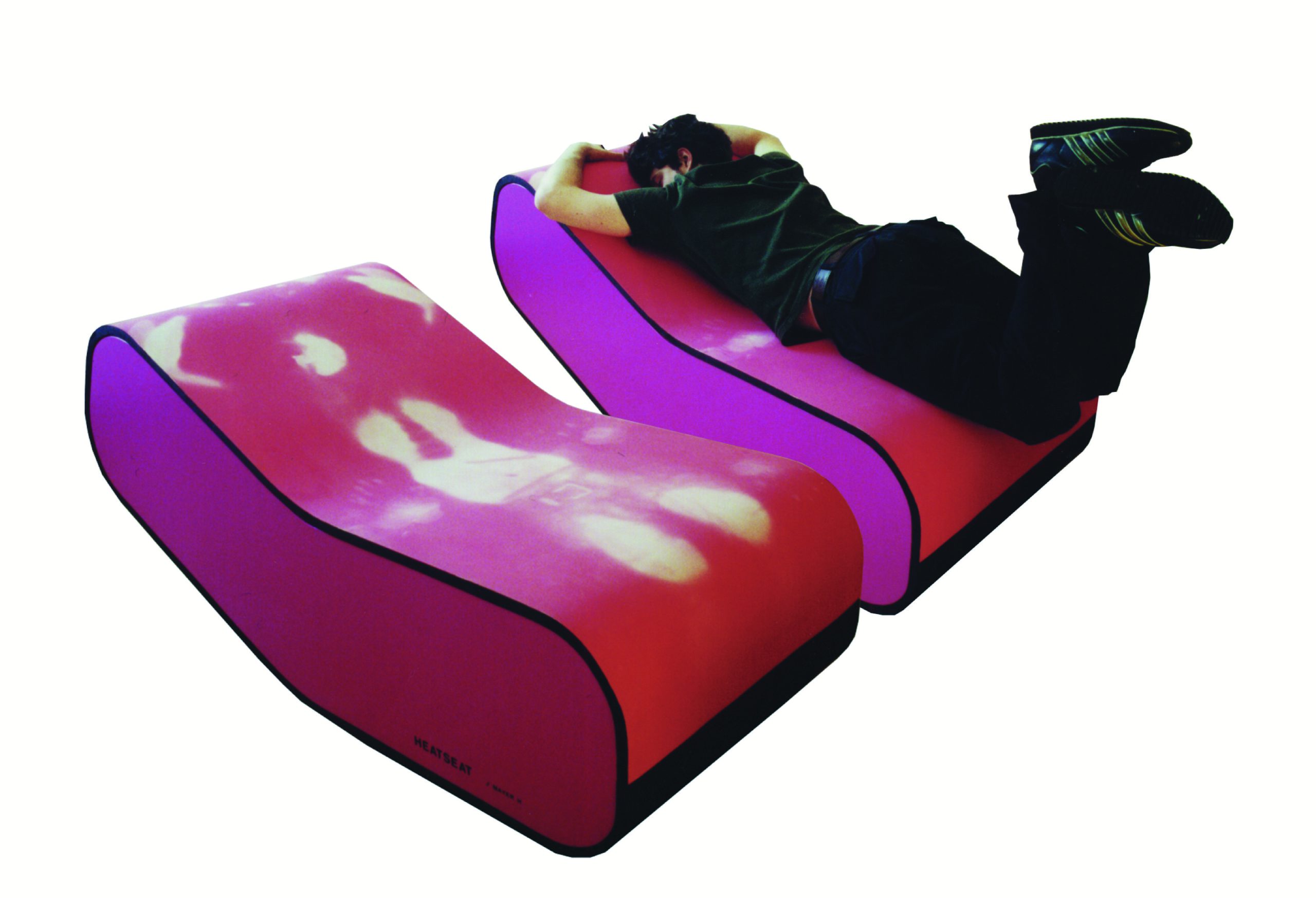 HeatsSeats exist as couches and seating banks. Their effect derives from the surface composition: A mixture of a ground color and a thermo-chromatic carbon-based pigment that fades as the temperature rises and brightens as it cools. This substance was developed by NASA as a coating that would warn scientists when a machine was overheating. It was hoped that the material could be further developed for heat regulation and used as an exterior house paint that would darken and absorb heat from sunlight during colder seasons. This idea was abandoned however, as the paint was not UV resistant and moreover, too expensive.

Irritation, guilt feelings about having destroyed something with HeatSeats combined with the exposure and unmasking considered to be embarrassing, characterise J. Mayer H.‘s use of “intelligent technology”. With his works he provokes traces – traces which have the power to prove, as they tell of actions. And as they can expose those who perform the actions down to their skin and bone, J. Mayer H. seems to have found his most perfect form of surveillance with his HeatSeats. 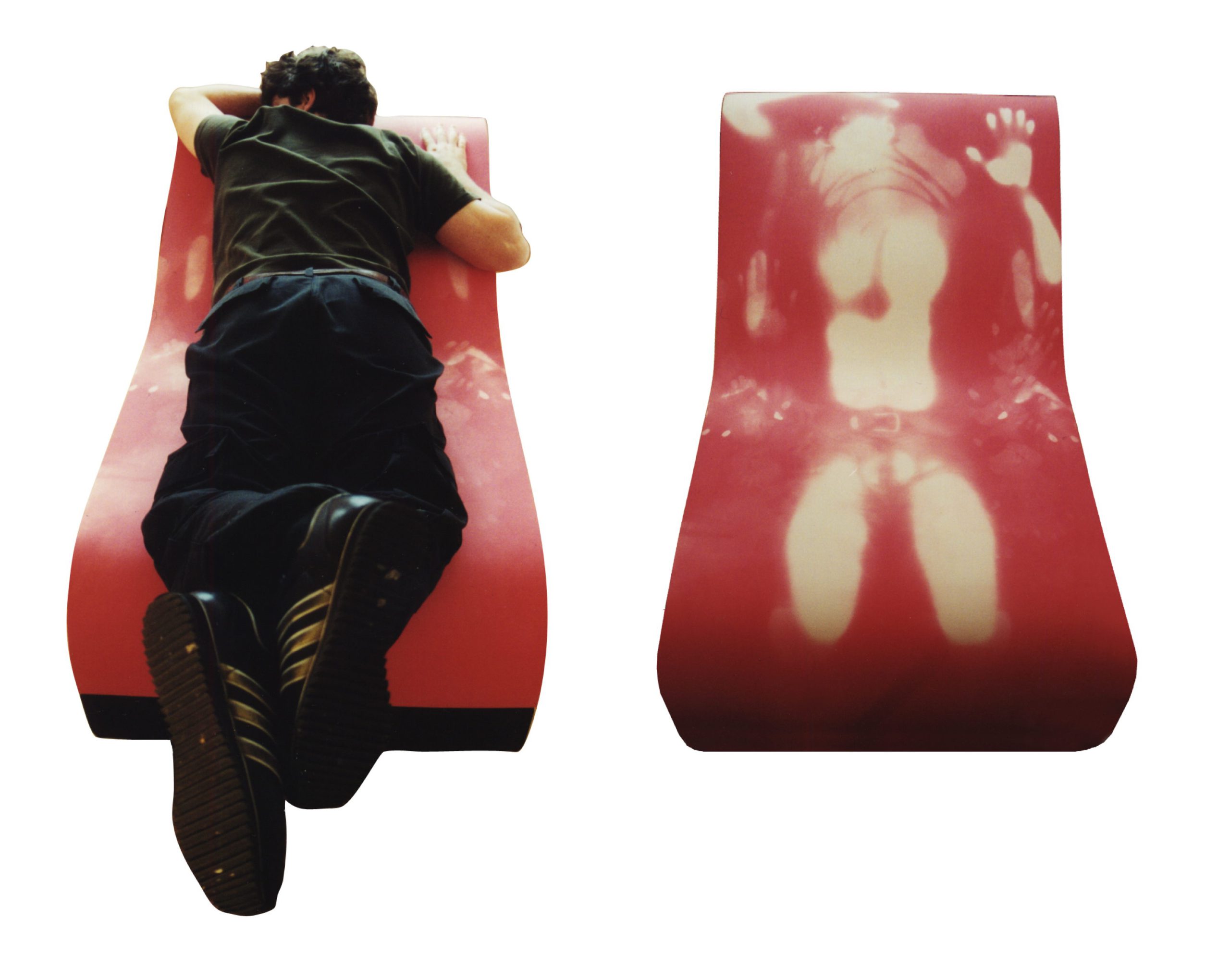 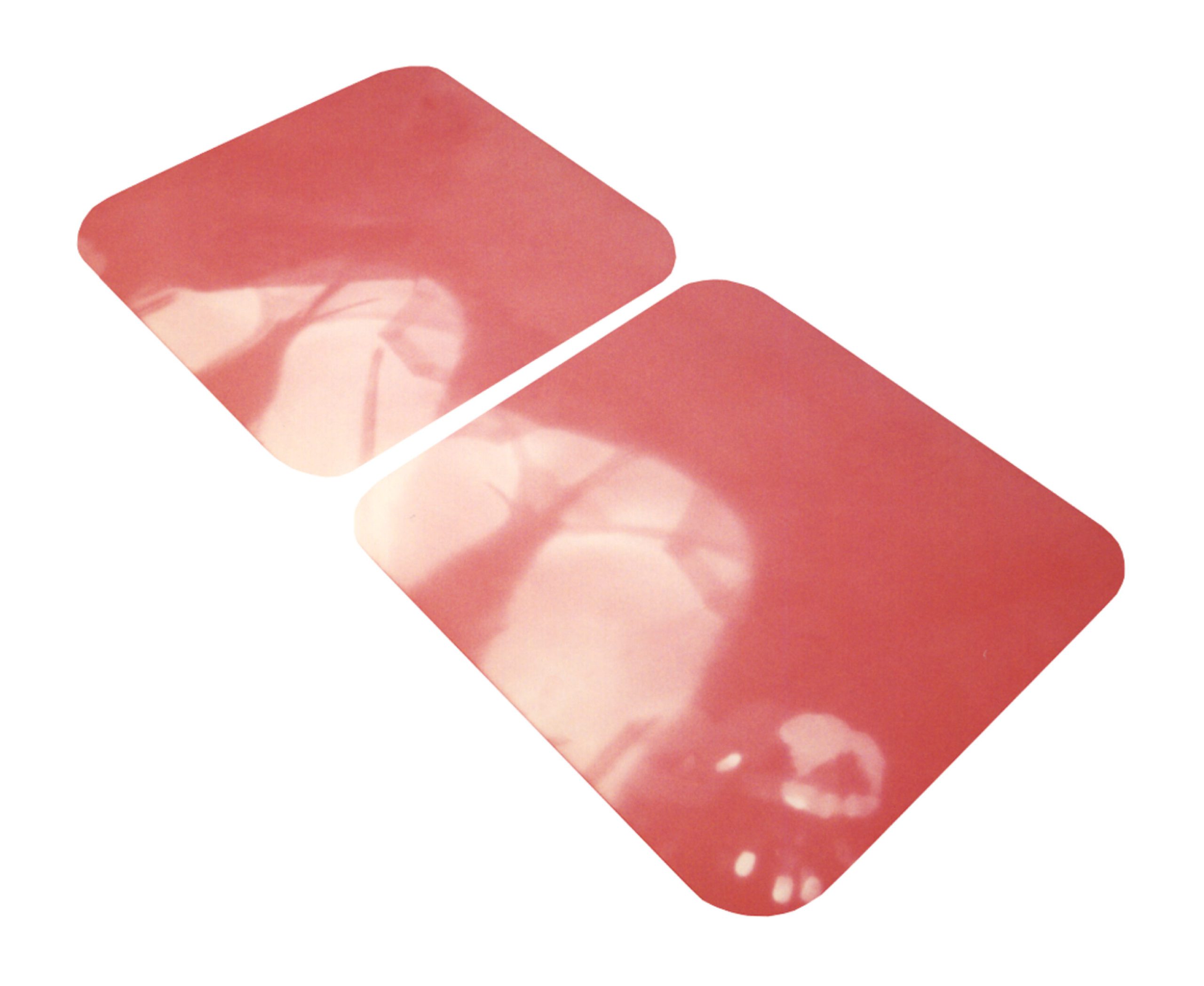 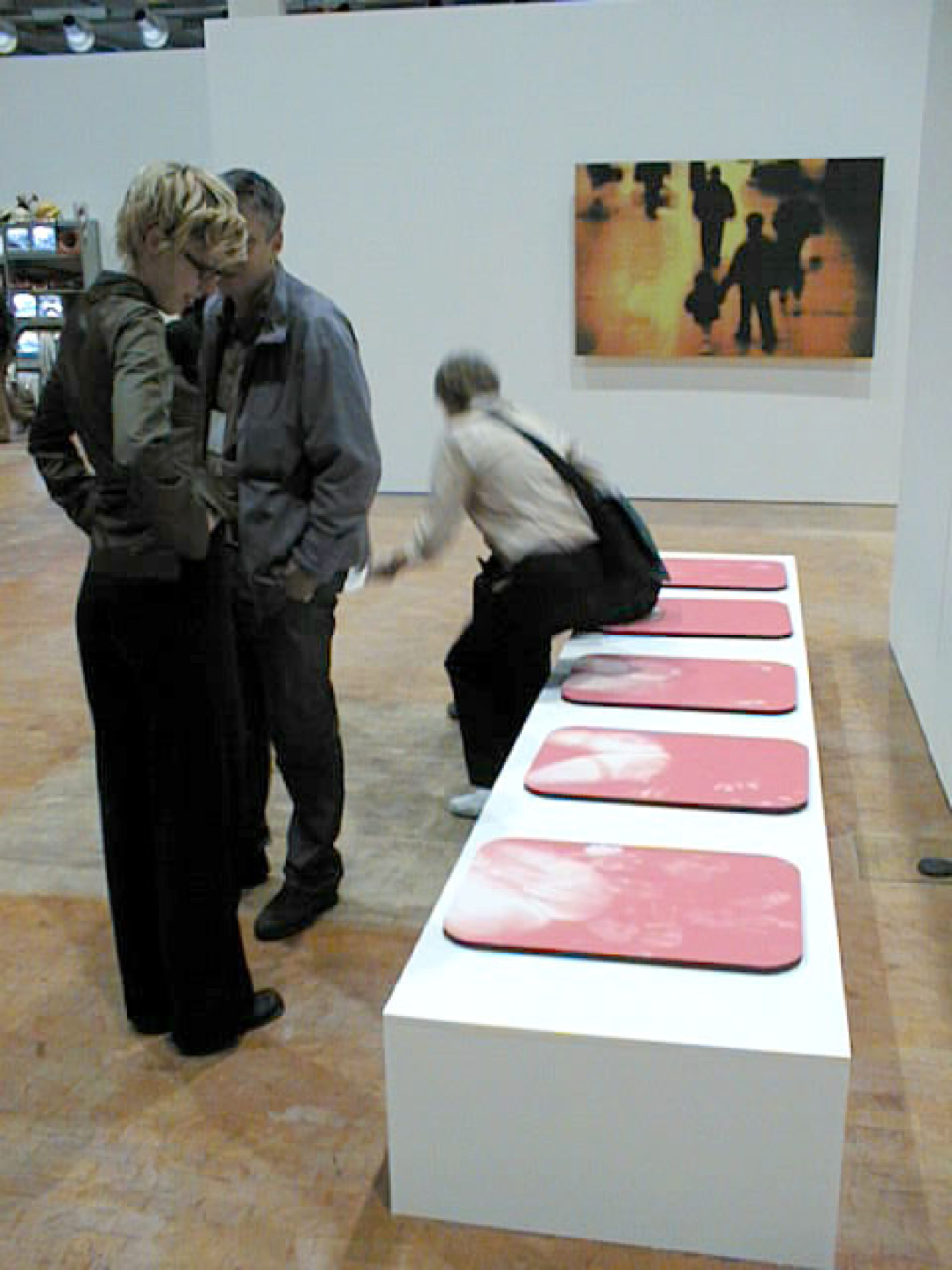 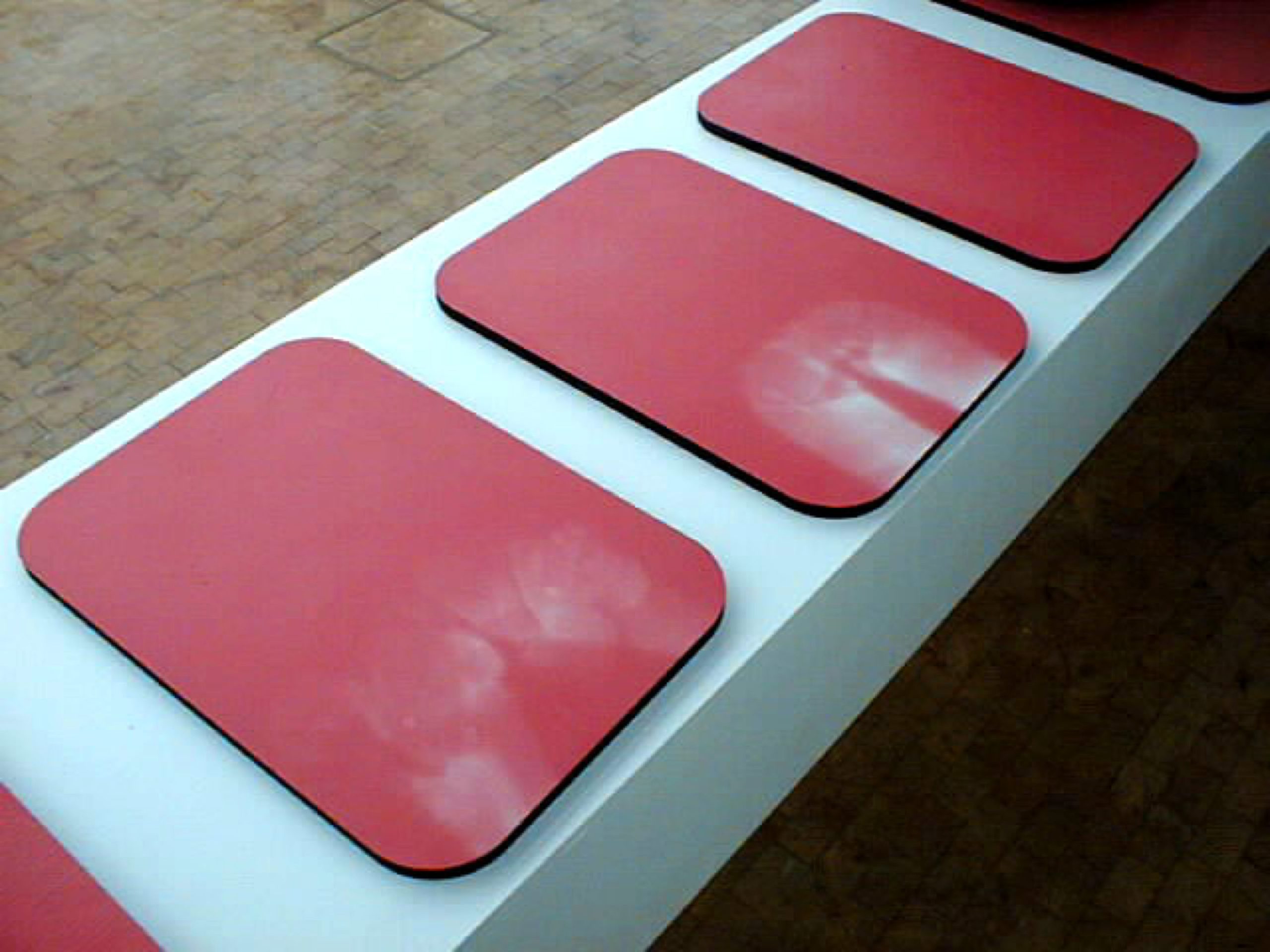 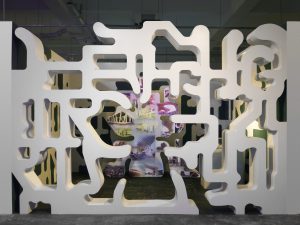 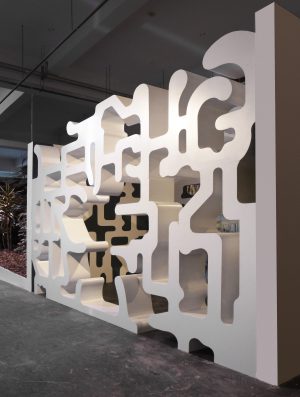 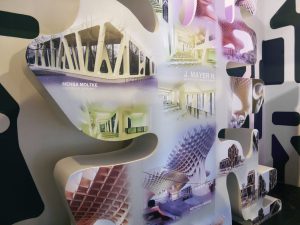 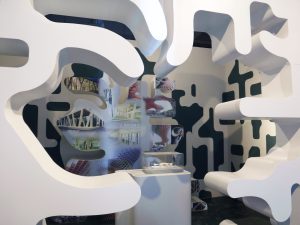