Extension on top of The KLEINE GROSZ MUSEUM at TANKSTELLE BÜLOWSTRASSE

Extension on top of The KLEINE GROSZ MUSEUM at TANKSTELLE BÜLOWSTRASSE

An addition to the existing buildings adds space for a library, living areas and study rooms. It is respecting a historic gas station and a former extension. 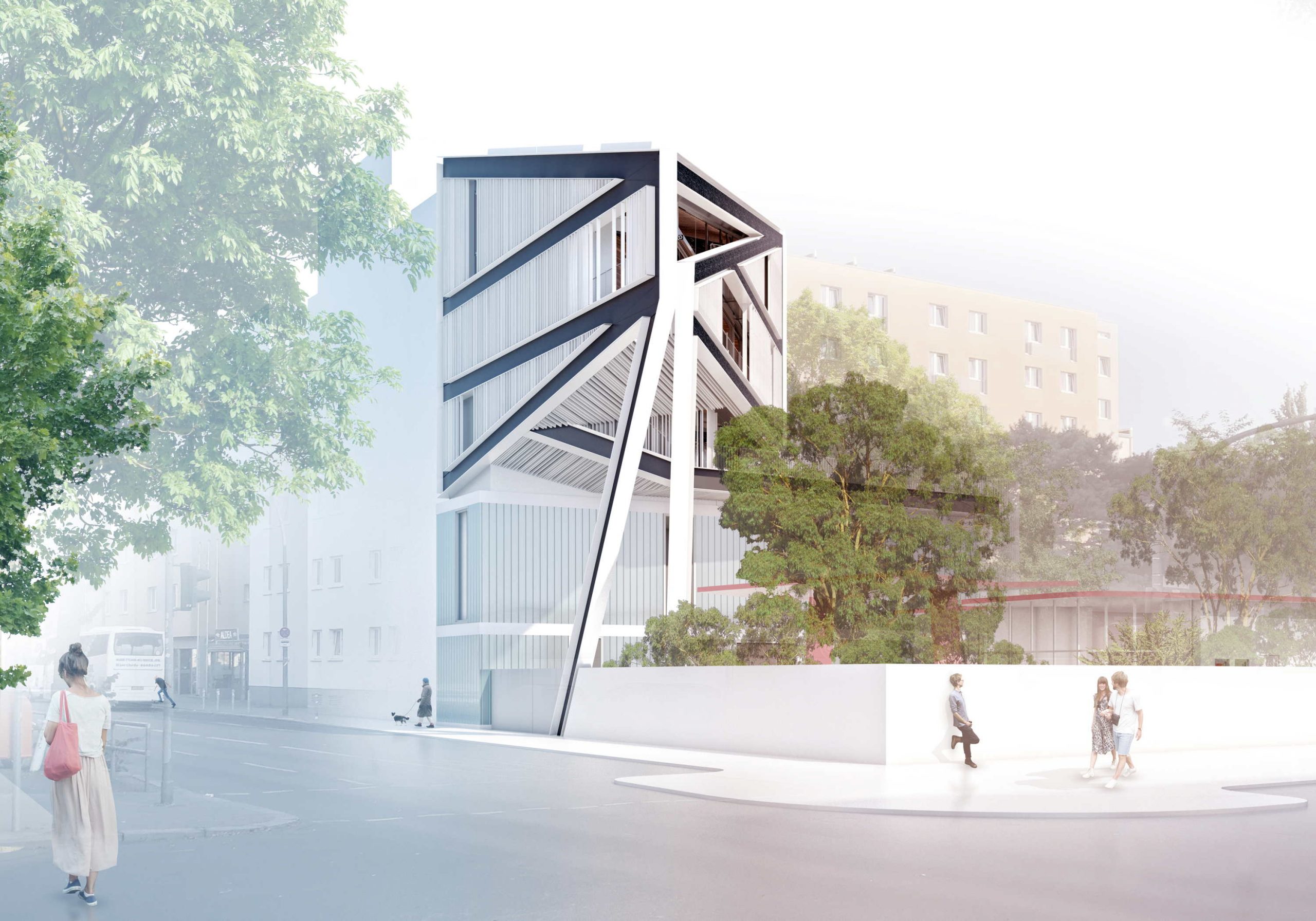 In recent years, the area around Potsdamer Strasse has become a site of lively cultural transformation. A pioneering project within the area’s artistic and urban development is Bülowstrasse’s former Shell gas station, constructed in the 1950’s.
The building is surrounded by large Gründerzeit block perimeters. The existing building ensemble therefore only covers a small portion of the overall site, offering free space in an otherwise densely built urban environment. While the secluded garden will remain untouched, the private exhibition space will be converted into a public museum dedicated to George Grosz (1893 – 1959).A triangular volume will be constructed above the exhibition space and parts of the garden, accessible through an elevator integrated into the museum, as well as through an external staircase at the rear.

This new addition to the existing buildings adds space for a library, living areas and study rooms. It is respecting the historic gas station and the former extension. In this way, the site becomes an ensemble of three clearly distinguishable architectural objects. 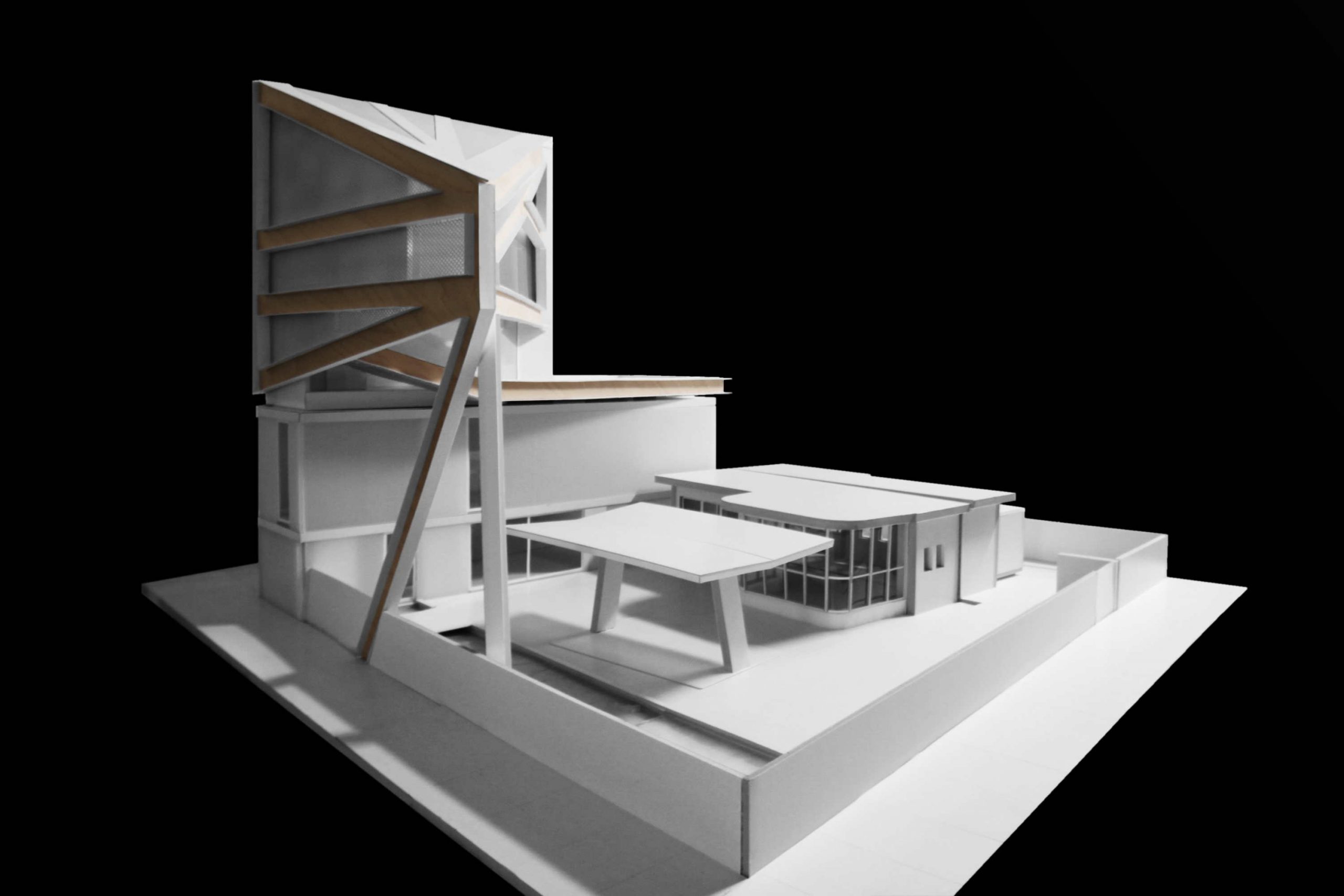 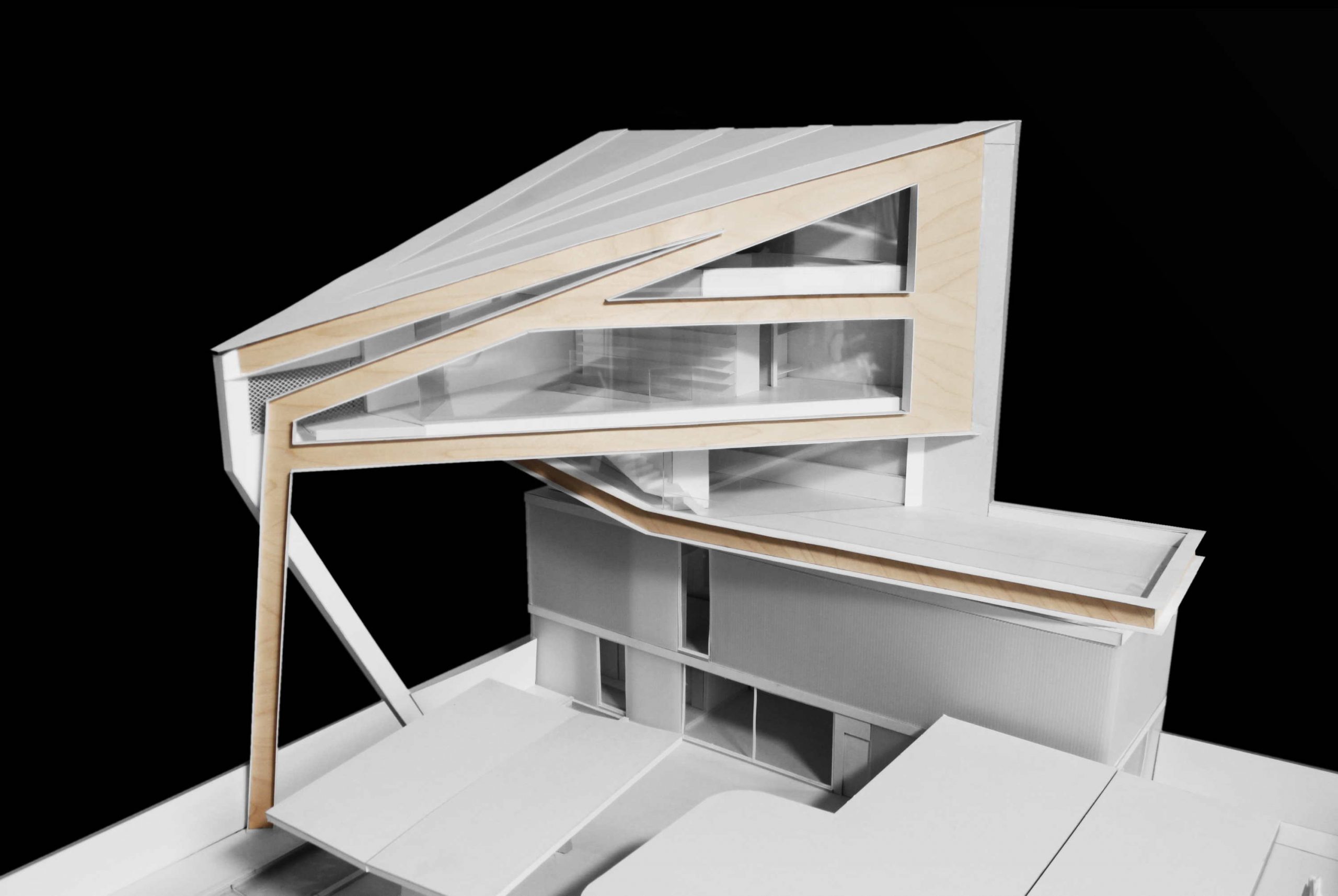 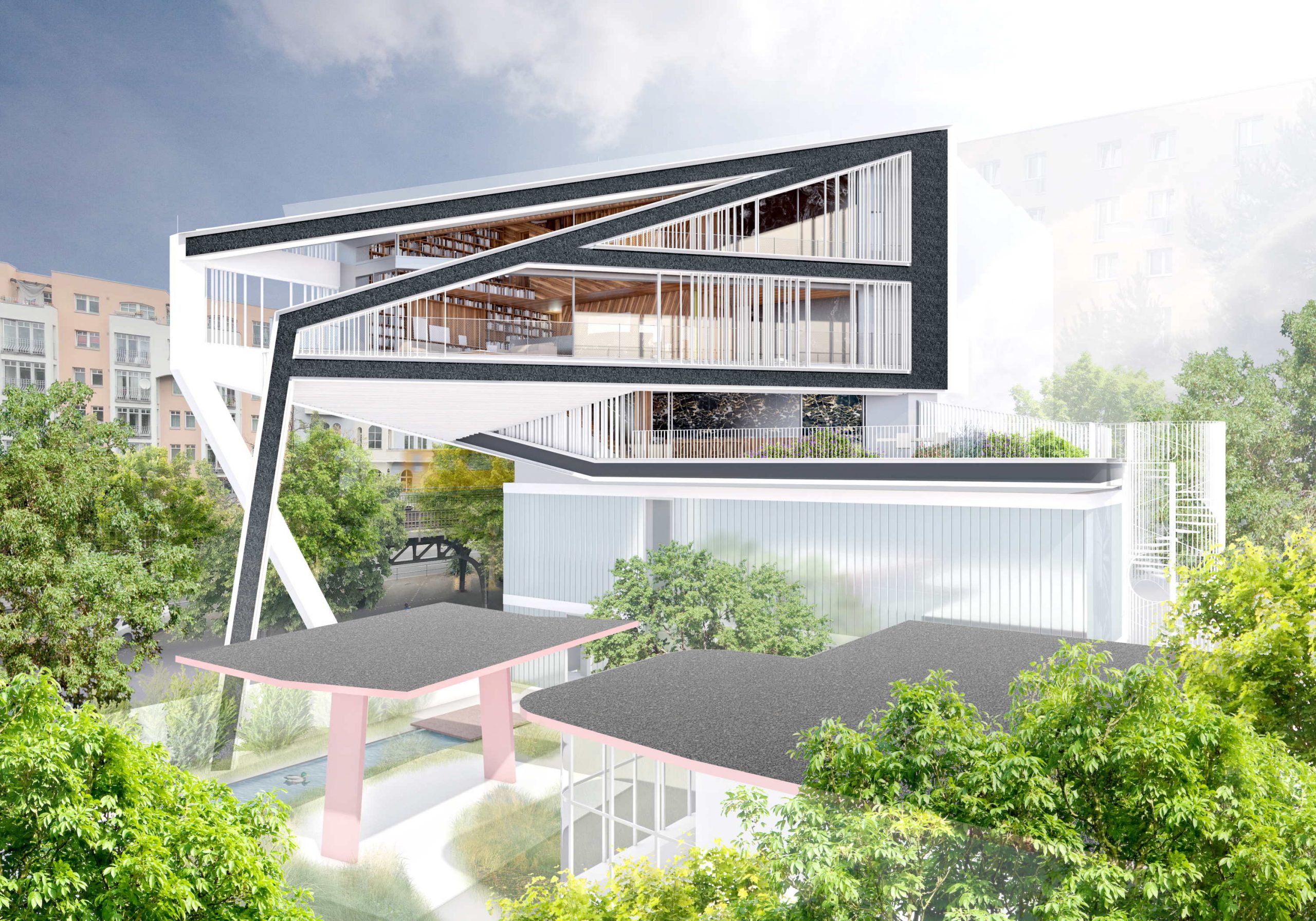 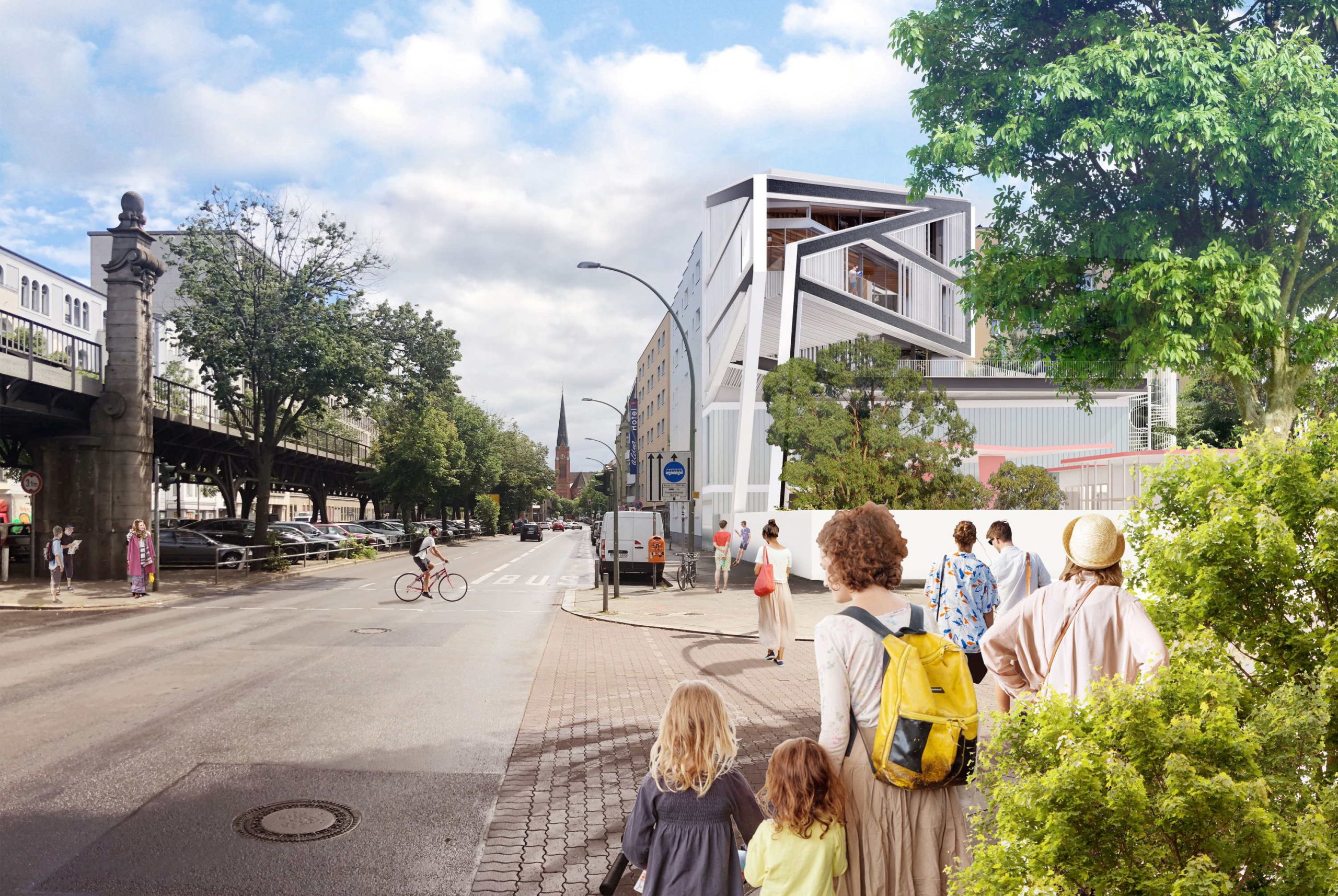 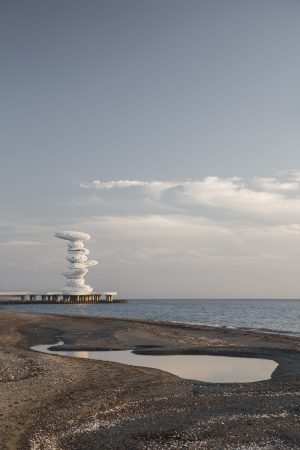 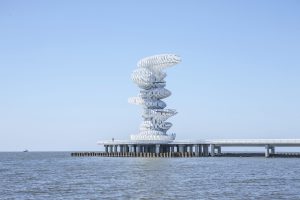 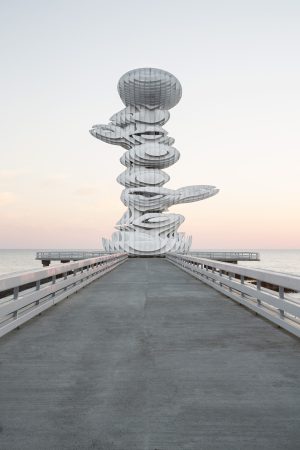 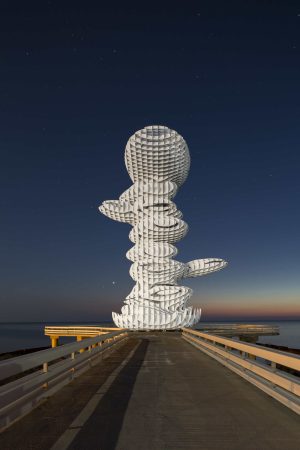 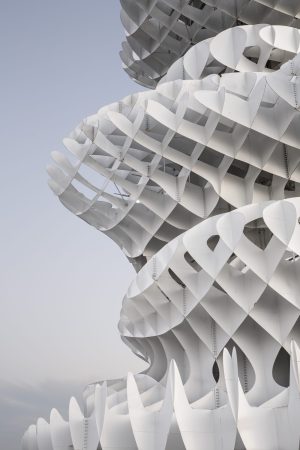 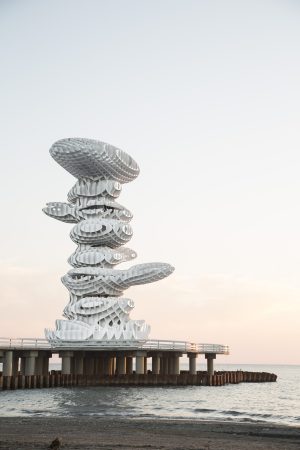